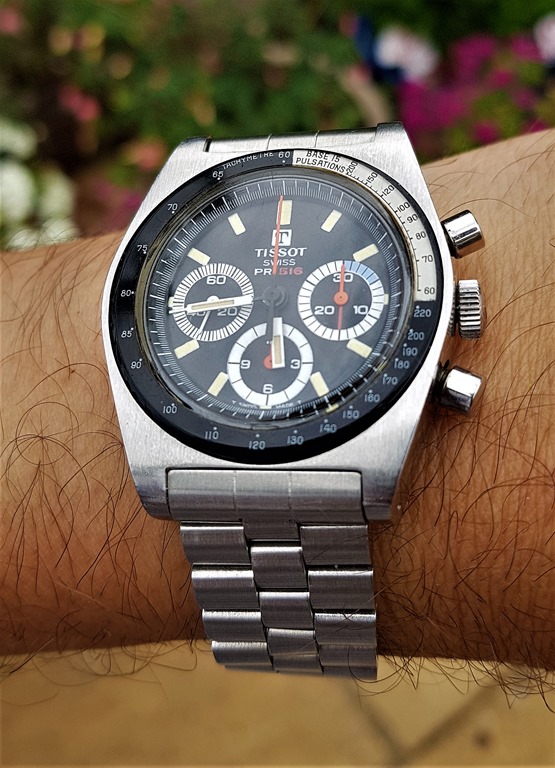 Here’s another semi-random acquisition – I’d never even heard of this watch until I bought it, but as is the way of these things, if you start researching, sometimes you get hooked… It’s a 1970-era Tissot chronograph, using a Tissot-branded version of the same watch movement that was then in the Omega Speedmaster – the Lemania 873.

Tissot was a lower-cost sister brand of Omega – like Tudor is to Rolex, or Skoda is to Audi… and though on the face of it, the beating heart of the watch is the same, a 1970-era Omega caliber 861 would have been much better finished than the Tissot version, with fancier coloured components. 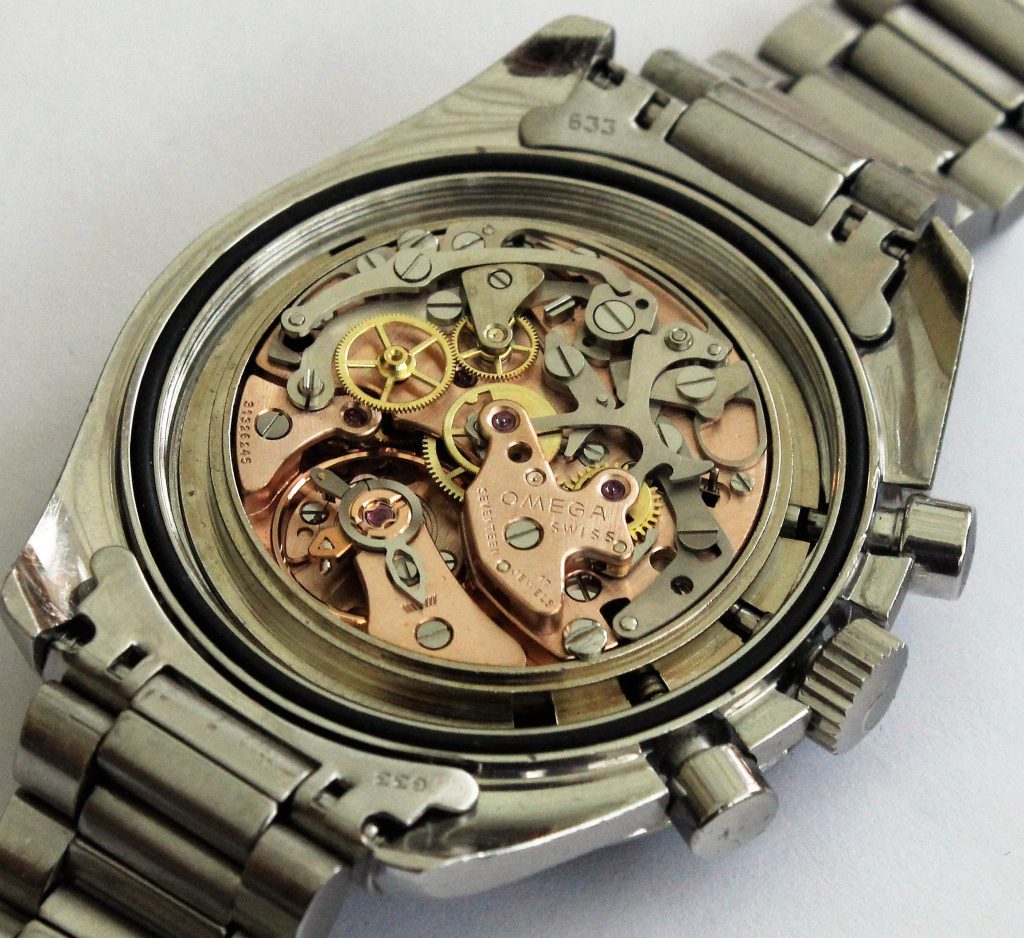 It was a bit of a struggle getting to see inside this watch – the case back is a screw-down affair but without tabs on the back that would take a case opener – so needs pressure to open it, and I couldn’t get it off. I gave it to a watchmaker who also couldn’t get it open, so in the end I resorted to drastic measures:

As you may notice from the Tissot movement picture above, the case back gasket had disintegrated, effectively gluing the back on. Now that it’s free, I’ve had to carefully remove all the gunk and replaced with a new gasket. The watch will go for a service sometime soon… It came fitted with an unnamed bracelet which feels really quite good but it has straight end-links that don’t meet the case very neatly.

As it happens, I found another Tissot PR516, a 3-hand automatic – in more-or-less the same case but more like a dive watch than a chronograph, and it was bought because of the bracelet it had. Here it is, wearing the bracelet the chrono came with… … and here is the Tissot bracelet from the Automatic, fitted to the chrono… (and pictured at the very top of this post).