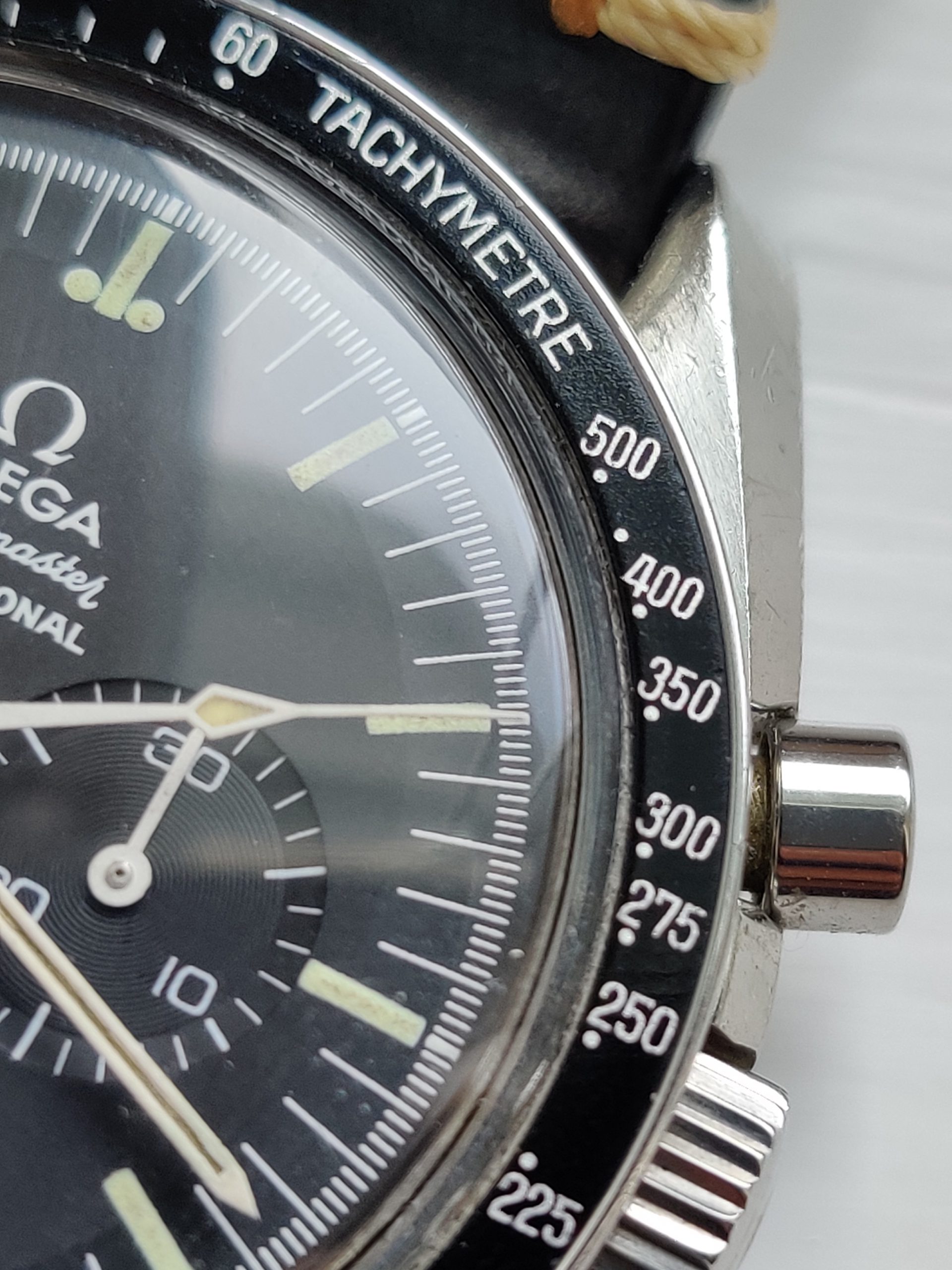 Keeping track of time is ever-present in our normal working lives, all the more so during These Difficult Times™.

Those of us who still wear physical, mechanical wristwatches may be passingly familiar with a few features that have existed for decades to achieve some sort of ancillary function, than just displaying the time. Many watches have a bezel around the outside of the dial…

So called “diver” watches were popularised in the 1960s and 70s, as tough, waterproof and utilitarian. The most striking feature of any dive watch is generally the rotating numbered bezel which goes around the outside.

The simple idea was that when you entered the water (knowing you might have 20 minutes of air), you would turn the bezel so the arrow / zero marker was set to where the minute hand was at that point – meaning a later glance at the watch will tell you how many minutes have passed since, since the minute hand will then be pointing to the marker on the dial which shows the elapsed minutes rather than the actual number of minutes past the hour.

Lots of other non-dive watches also have rotating bezels or indicators, and can be useful for things other than scuba – when the activity above started at 5 minutes to 10, the bezel was set, and it’s easy to see in a trice that was 11 or 12 minutes ago. Not sub-second accurate, but it’s a simple way to mark the passing of time.

Many chronograph watches – which combine the function of a stopwatch and a regular timepiece – have a Tachymetre scale around the outside, yet most people these days will have no clue what it’s for. The basic function of the watch is that pusher buttons on the side will start and stop the movement of the chronograph hand which ticks round to indicate elapsed time.

The deal with the TACHY scale is that if you know a distance – the length of a straight on a motor-racing track, for example – and you time something going over that distance, then you can quickly calculate its speed across the ground.

In practice this is easier said than done, since the TACHY scale reads how many of the <distance> would be covered in an hour at this speed. If the measured distance was exactly 1km or 1mile then it’s an easy calculation – if it took 12 seconds to cover 1km, that would equate to 5km per minute or 300km/h. If the measured distance was a fraction – let’s say the length of the 12-second straight was 150m – then the calculation would be 300 x 150m per hour, or 45km/h. By the time you’ve done that in your head, the subject will be half a lap further on…

Another variant on the theme would be if you know the speed – e.g. you’re in a plane with inflight map display, or passenger in a car on cruise control on the motorway – then you could use the Tachymeter to calculate distance travelled.

If you were cruising at 120km/h, and started the timer, then stopped it when it reached 120 on the scale… (after 30 seconds) – then you know you will have travelled 1km in that time.

Yes, there probably are hundreds of times a month when you need to know exactly this.

Slightly more useful to the average person, some chronographs have a Pulsations bezel rather than a Tachymeter scale, or maybe even have both (since the Tachymeter would typically be used for more than 15 seconds, it’s possible to have one quarter of the bezel represent pulsations and the rest of it be a Tachy).

Watches with Pulsations bezels are sometimes nicknamed “Doctors’ watches” as the utility is to help count a patient’s pulse – the method being you start the chronograph, count 15 pulses and the corresponding number on the bezel at however many seconds elapsed, would tell you what the pulse/minute rate is.

Pulsations watches often have a Tachymeter as well, assuming that you don’t often time things that are travelling faster than a couple of hundred somethings/hr. The Tissot above has another arguably useful marker – a yacht-timer on the elapsed minutes subdial, the idea being that if you’re in a sailing race and you hear the 5-minute-to-start warning signal, you start the chrono and at a glance can tell if the 5 minutes is up or not.

Smart watches, eh, who needs them when you have space-age timing technology like this?