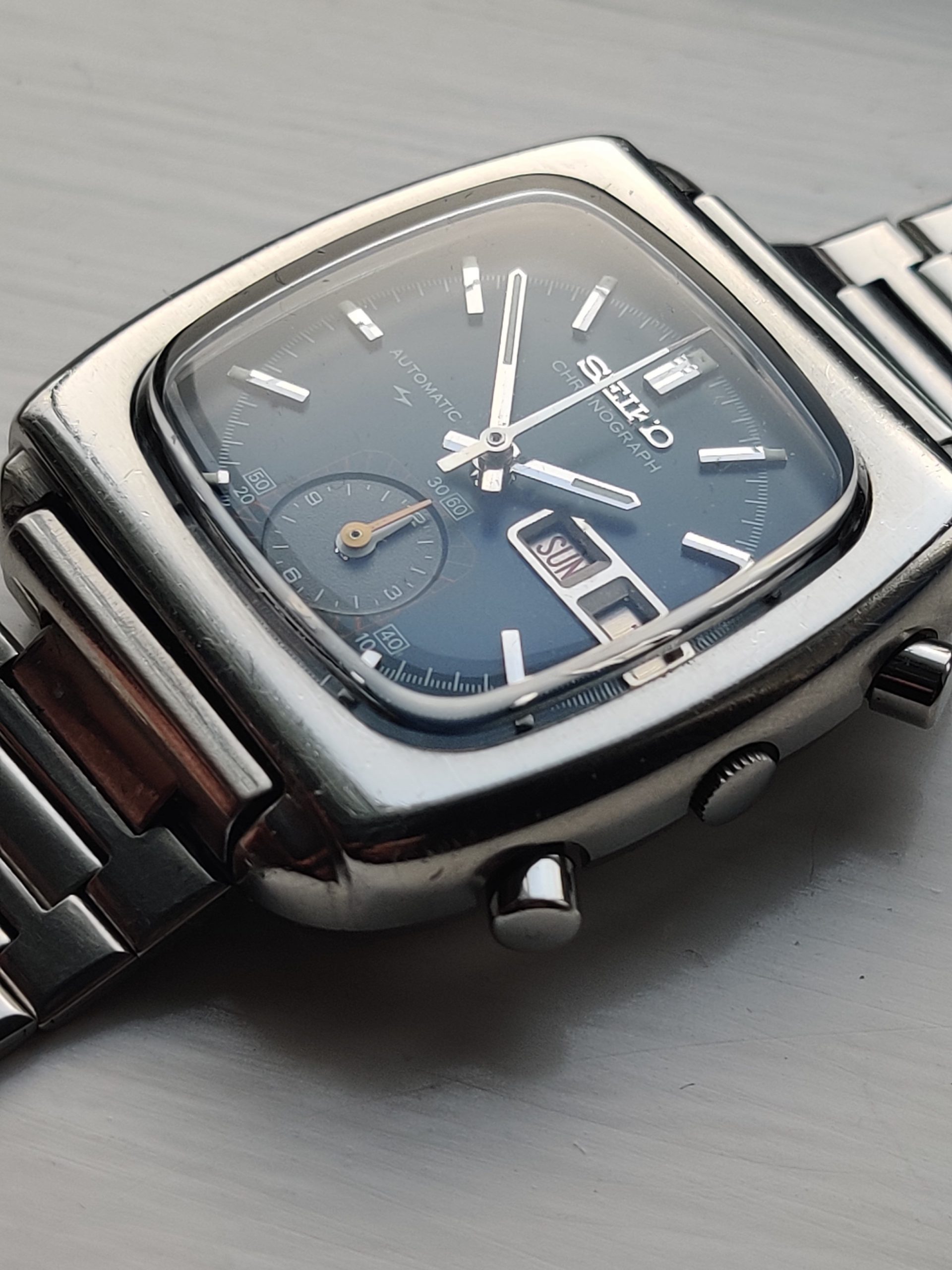 One of Steve McQueen’s own watches – well, a Heuer Monaco he apparently wore for a while at Le Mans in 1970 …

… before giving it to his mechanic, Haig…

It was somewhat upstaged at the same auction by another of Paul Newman’s old watches, this one going for nearly $5.5M. McQueen will be turning in his grave to know his one-time rival pipped him again; in filming The Towering Inferno, they both had top billing and McQueen apparently insisted that Newman had no more lines than he.

Anyway, the Heuer Monaco needs no introduction here (see here for a great story on how it was selected for use in filming Le Mans) – but another Seiko “Monaco” has recently appeared in the watch box. This one is a blue-dial, 7016-5001 from 1974, and it came to me on its original bracelet (which is, as we’ll come to, the reason why I bought it).

There’s not much to add about the watch itself other than the crystal was a bit pockmarked, so I bought a NOS replacement on eBay and it’s looking rather nice now. Seiko really knew how to do cracking blue dials:

The Daini factory 7016 “Monaco” (in fact all the 7016s) are a lot less common than their Suwa-made 613x cousins, and when you do find them, they quite often are on a leather strap, which can really suit them; but I wanted an original bracelet so I bought this watch.