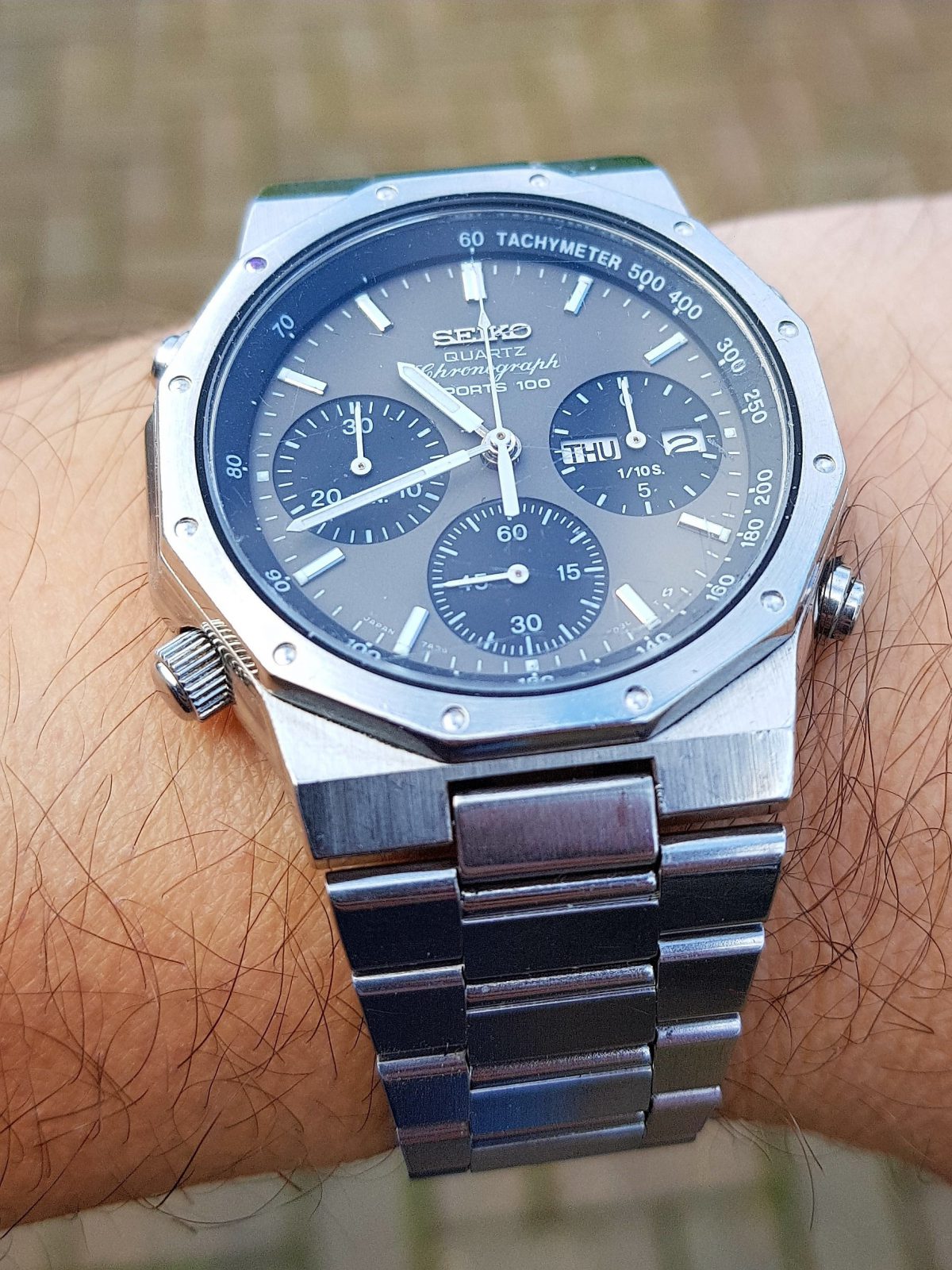 Malcolm (ex-RAF himself) had been looking for a Seiko RAF Gen 1 (as discussed previously here), but had been put off a little by the prices of good ones – typically over £1,000 – and fancied trying his hand at something a little more reasonable to see how he got on. 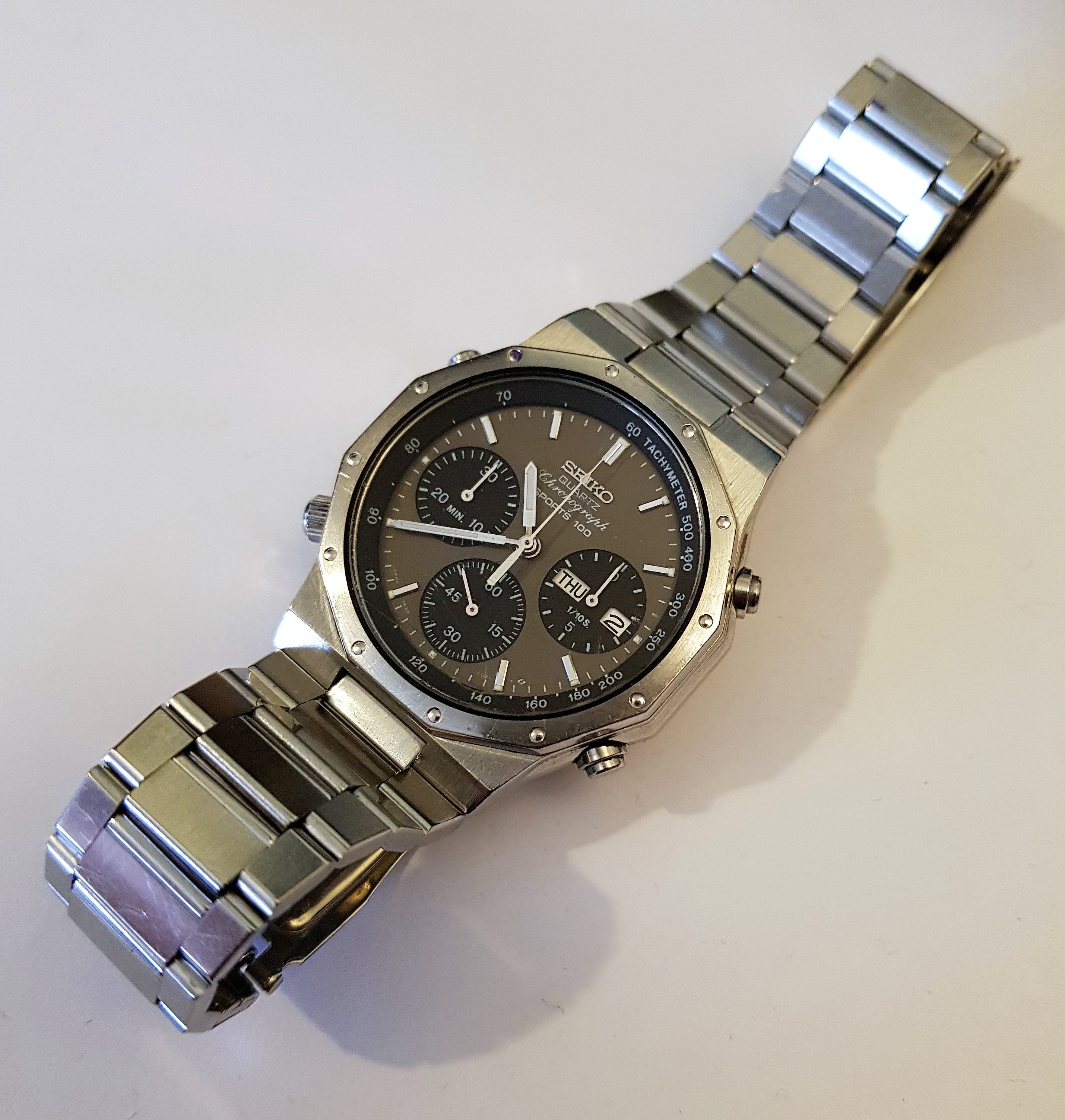 It’s exactly the same functionally as the other 7A38s (and different from the RAF issued one because it has a day and date at 3 o’clock), but distinctive since it also has a contrast between the grey dial and the black sub-dials, and the case size and shape make it a little larger on the wrist – 39mm wide.

I really like it – in fact, I wore it for a few days to make sure it was running OK, and have resolved to find another one someday, maybe.

Unfortunately, for Malcolm, the bracelet was a bit too short and it’s an odd fitment in that it doesn’t have the usual lugs that will take an 18/20mm-ish strap or bracelet – it has what’s basically an integrated bracelet, with a 10mm wide fitment. 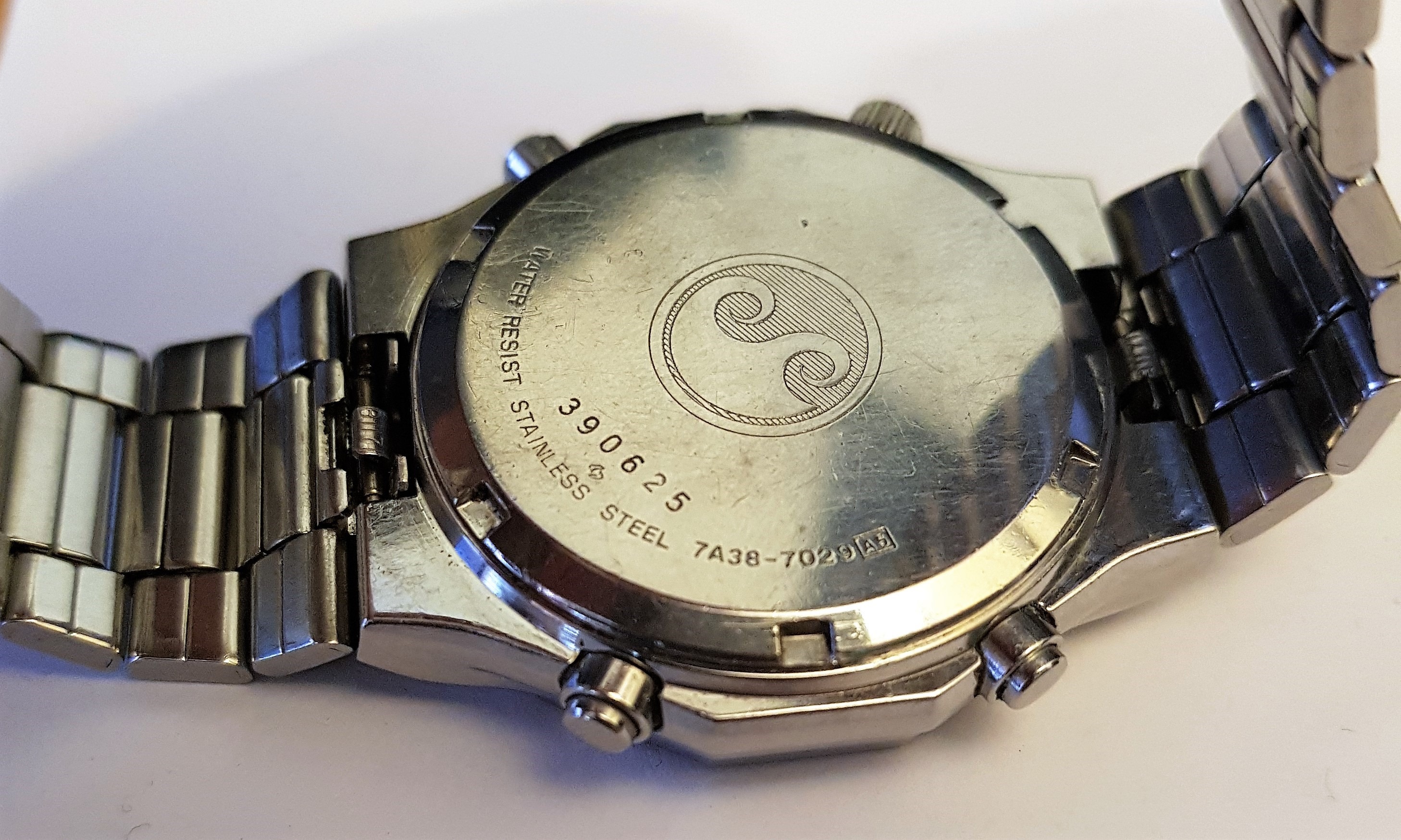 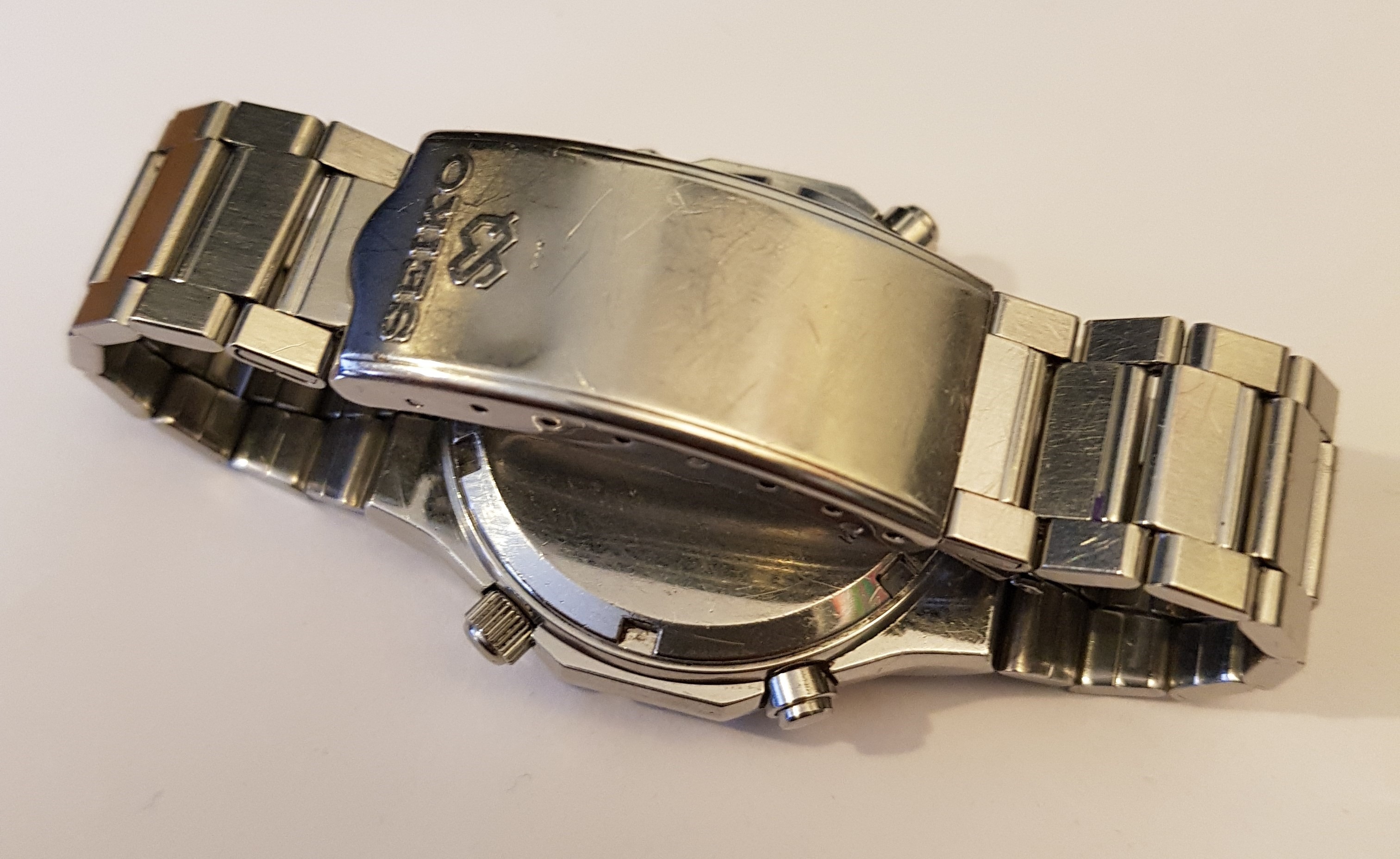 Fortunately, I managed to get a brand new one – Seiko Z1357S – but I thought it would stand out since it won’t match the age of the watch itself (which dates from 1983), so removed a few of the brand new links and transplanted them into the underside of the old bracelet. Tidy.