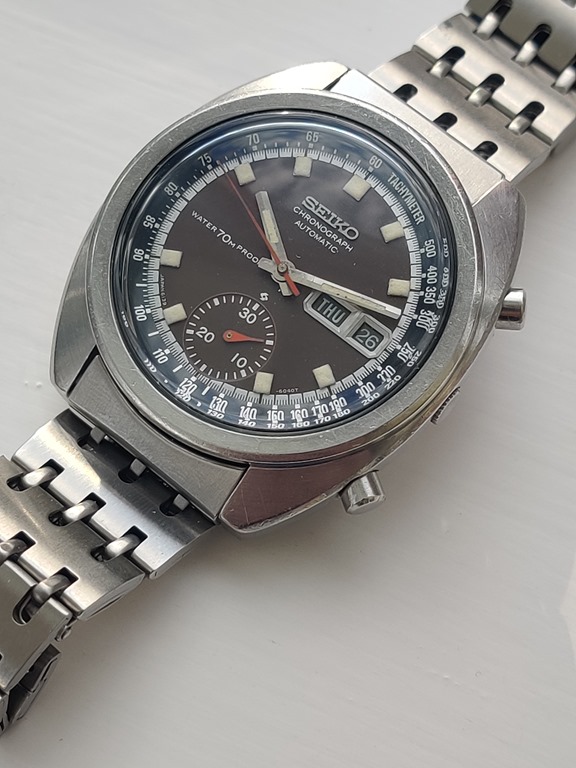 Watch collectors give names to particular products in a way that the makers would never have expected – usually association with a person or possibly a character. Normally, the producers don’t formally acknowledge such crowd-sourced content, though Omega has done a good job of embracing the #speedytuesday movement through some nice limited edition Speedmasters.

Famously, the Rolex “Paul Newman Daytona” was a particular variant of the Rolex Daytona as worn by Paul Newman, and to date, the one which gave it the name is the most expensive wristwatch ever sold. There’s even another nicknamed Newman watch about to hit the blocks.

Seiko has its fair share of characterised watches – the 6105-8110 dive watch now known as the “Captain Willard” as worn by the eponymous character in Apocalypse Now (a watch which is incidentally on fire; a supposedly “New Old Stock” example sold on eBay for $10K in November 2020).

And of course, the 6139-600x Colonel Pogue, named after the astronaut who took one into space. There’s another 6139 which is gaining in popularity now – the “Bruce Lee”. 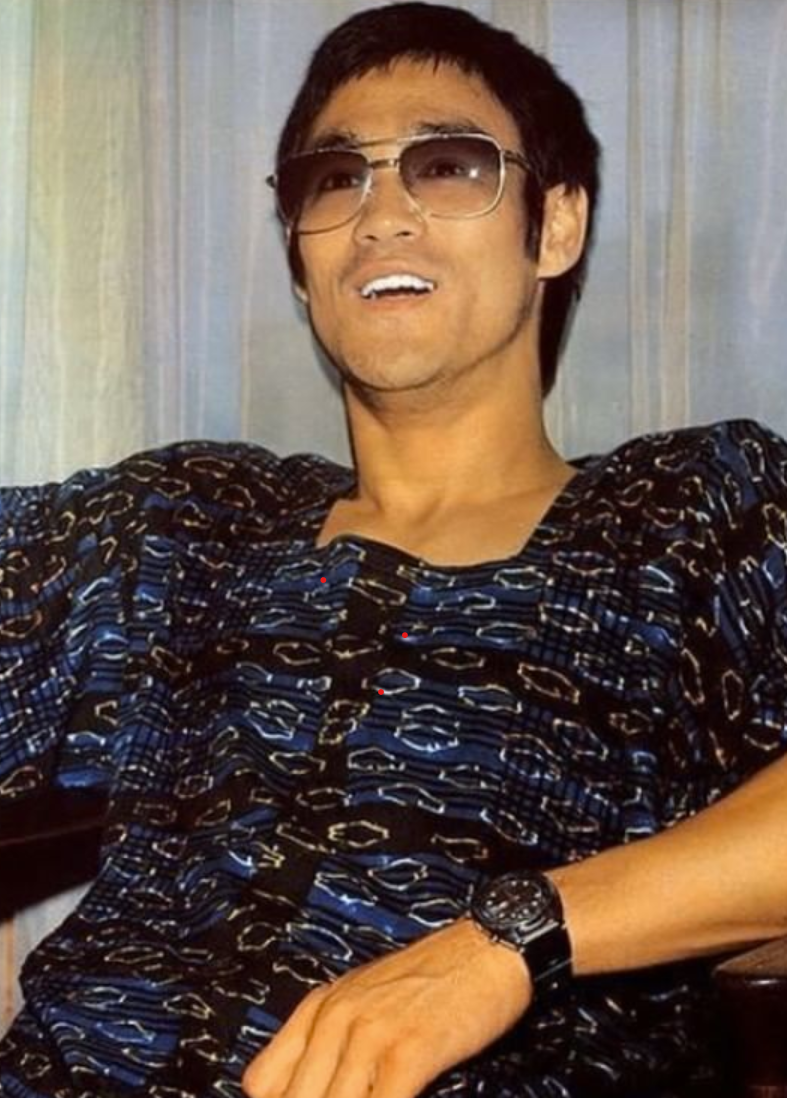 So-called because of it being worn by the martial arts legend, the “Bruce Lee” aka Seiko 6139-6010 is significant for another reason – that model was the very first automatic chronograph to reach the market, with examples showing up dating from January and February 1969, earlier than the 6139-6000 “Pogue” family, even though the –6010 model number is later.

Seiko model numbering often doesn’t make sense – the 6139 movement with one subdial pre-dated the two-subdial 6138 by a couple of years – why was the latter not 6140?

Anyway, back to Bruce Lee – his was a black-dial watch, sometimes on a funky metal bracelet with large holes.

Here’s an example of a “Bruce Lee” that doesn’t crop up very often – it’s a rare brown dial from late 1969. 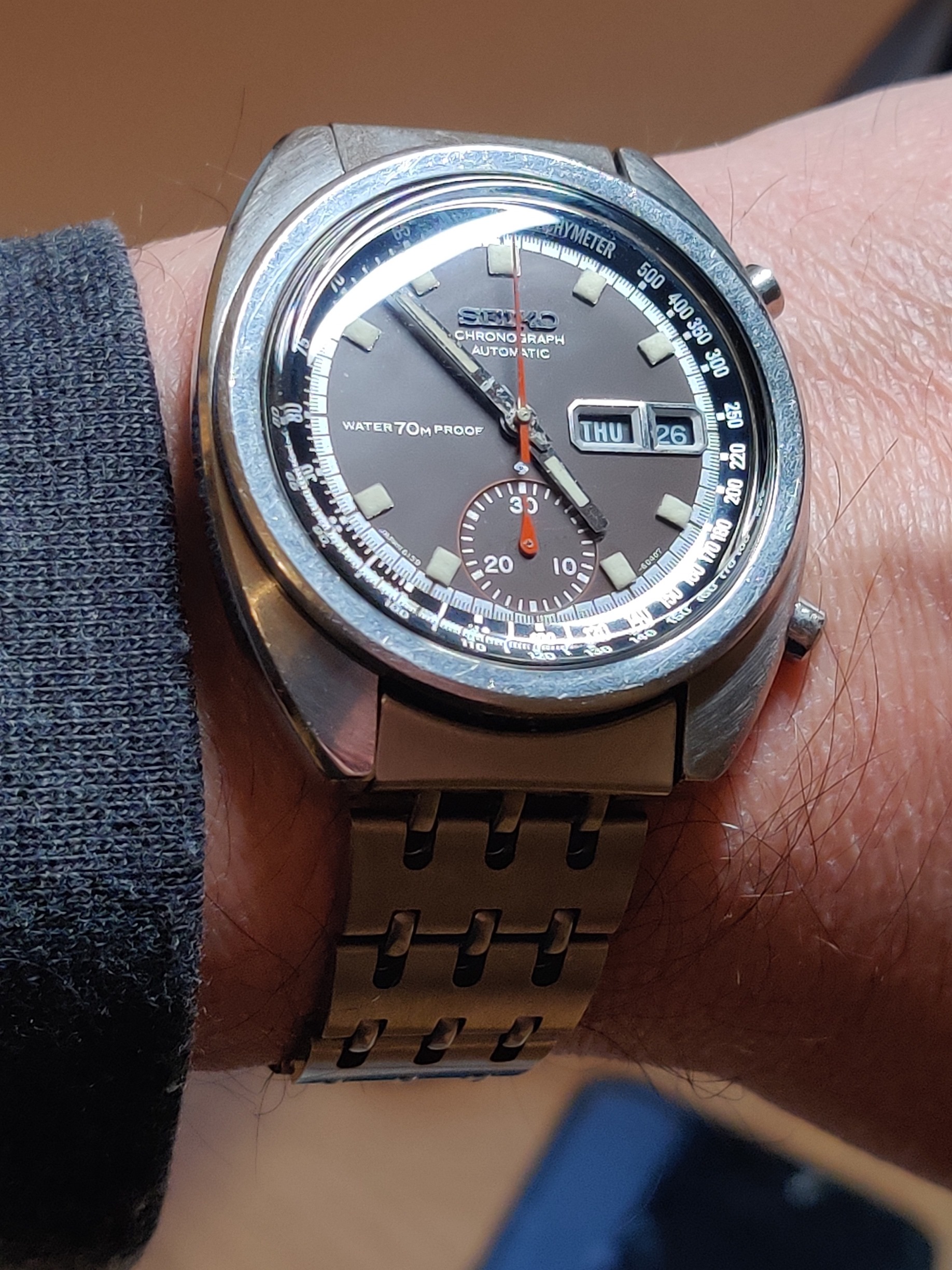 I think that almost all of these variants were produced for the Hong Kong market, and they all date from August 1969 to January 1970, mostly (like this one) from October 69.

There’s no catalogue shots of a brown dial watch anywhere; it seems that this might have been a special order (like the rare Silver 70M PROOF 6139-6000s) in the same way that Luigi Chinetti used to order special models of Ferrari from old man Enzo. 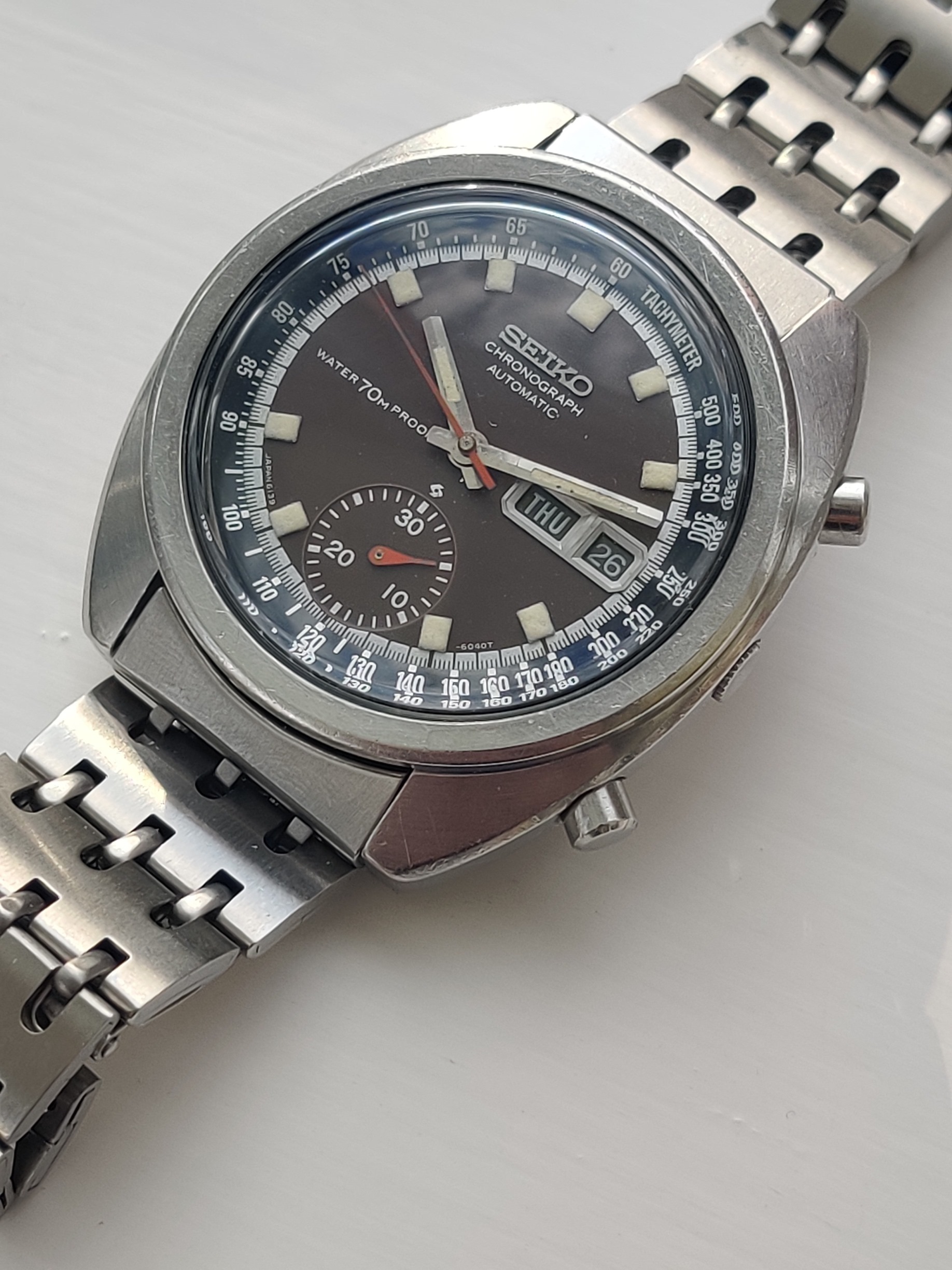 They have English / Chinese day displays, and they’re all “WATER 70m PROOF” marked, with a 6139A movement. There are some outliers too – the same distributor who’s thought to have made the custom orders from the factory also looks to have sold them in Thailand, with English / Thai date displays.

Most of the time when you see watches with a chocolate dial, it’s because the originally black dial has aged brown – like the Heuer Camaro featured previously. In some cases, an even brown dial makes a vintage watch much more valuable – see Speedmater101 for a discussion of “tropical” dials on Omega Speedmasters. 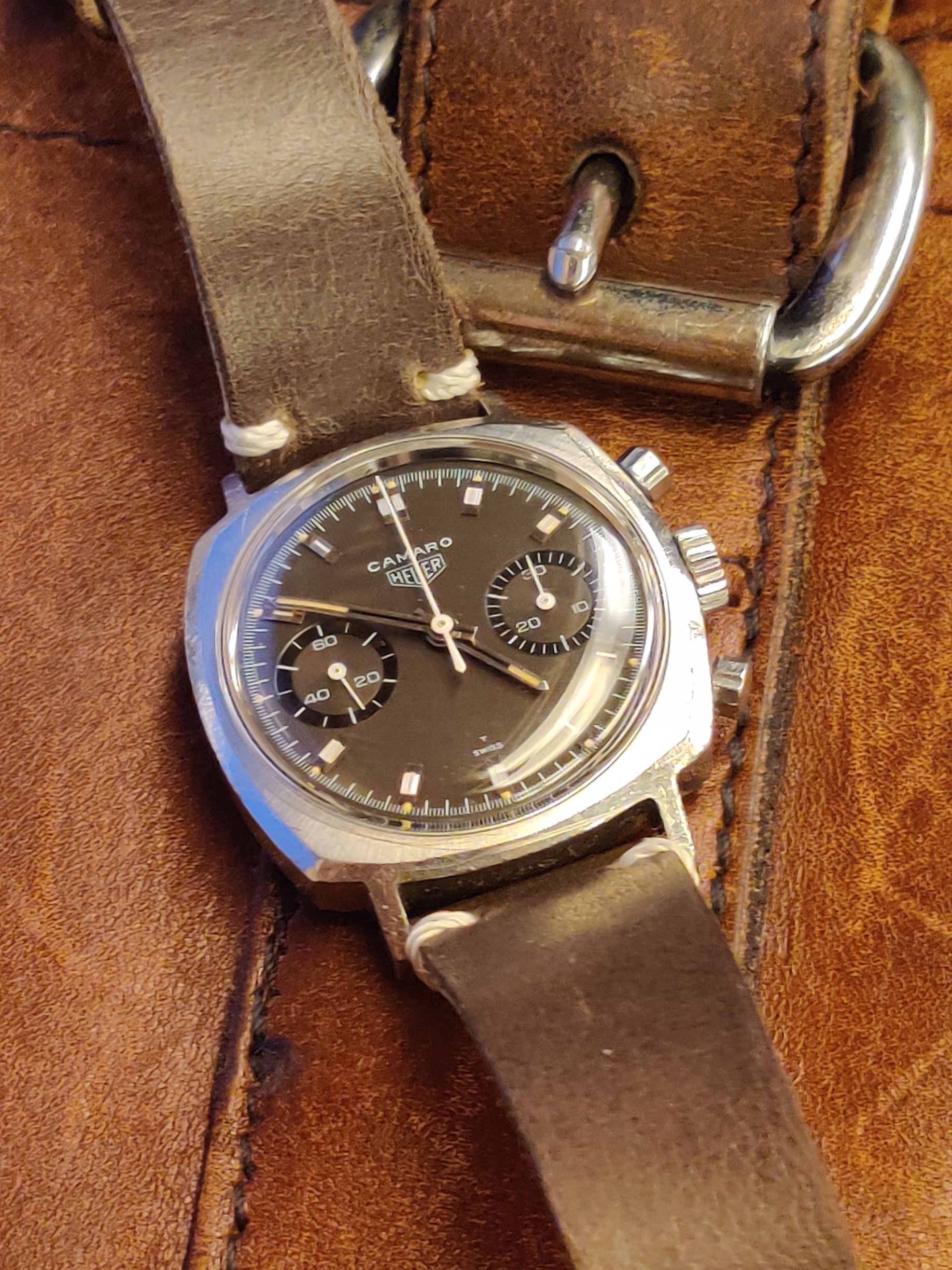 But not, it seems, this one. The brown dial 6139-6010 was intended to have that colour from the start, and we know how groovy the colour brown was in the 1970s? 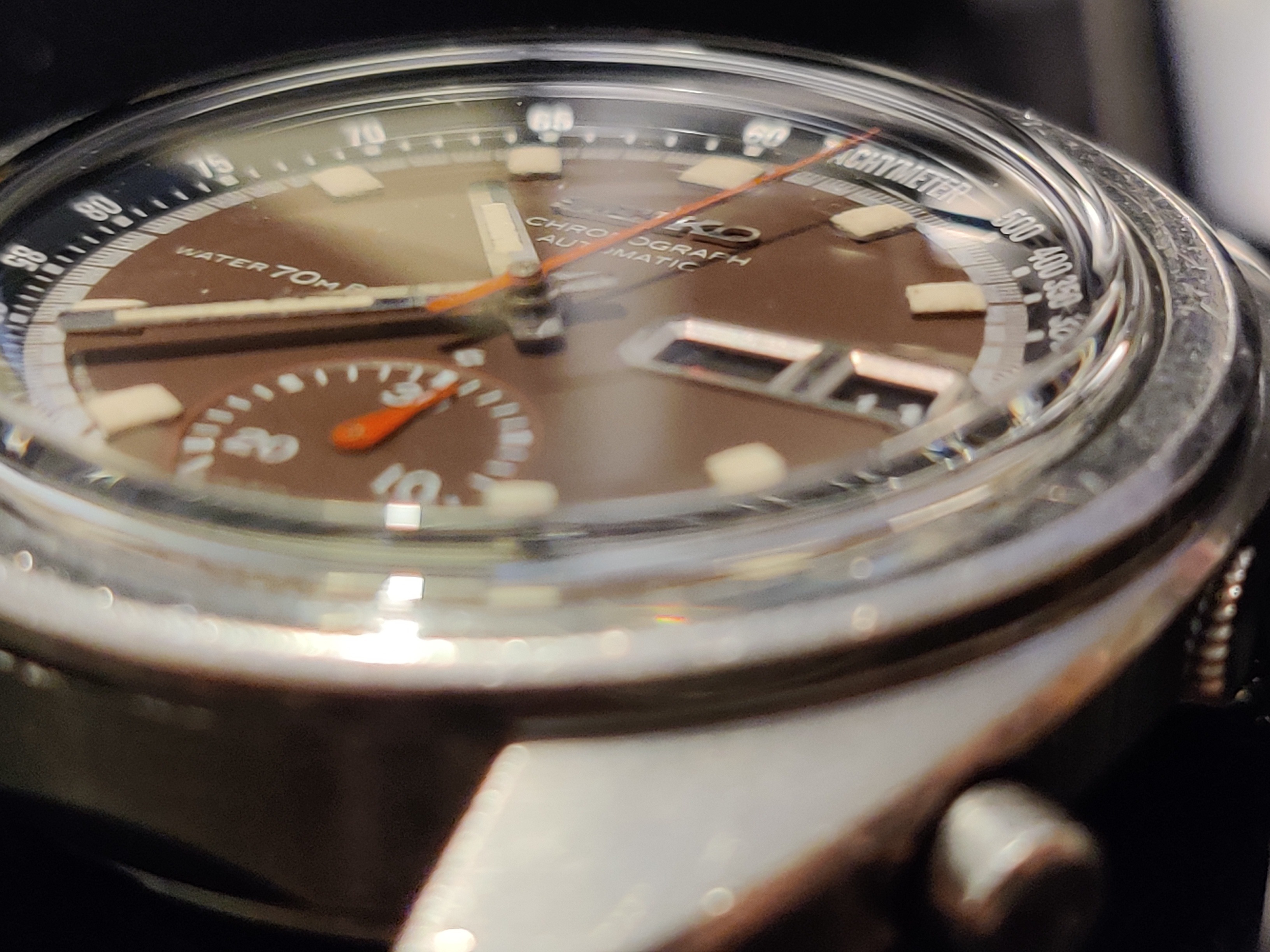 Other watches of the same era have common “patina” that happens to the dial, especially visible on silver or yellow Pogues, it seems. It’s pretty common to see discoloration around the rim of the sub-dial, where the lacquer was thought to be a little thinner than elsewhere. Over time, the lacquer has started to craze, and maybe the dial discolours at that point. 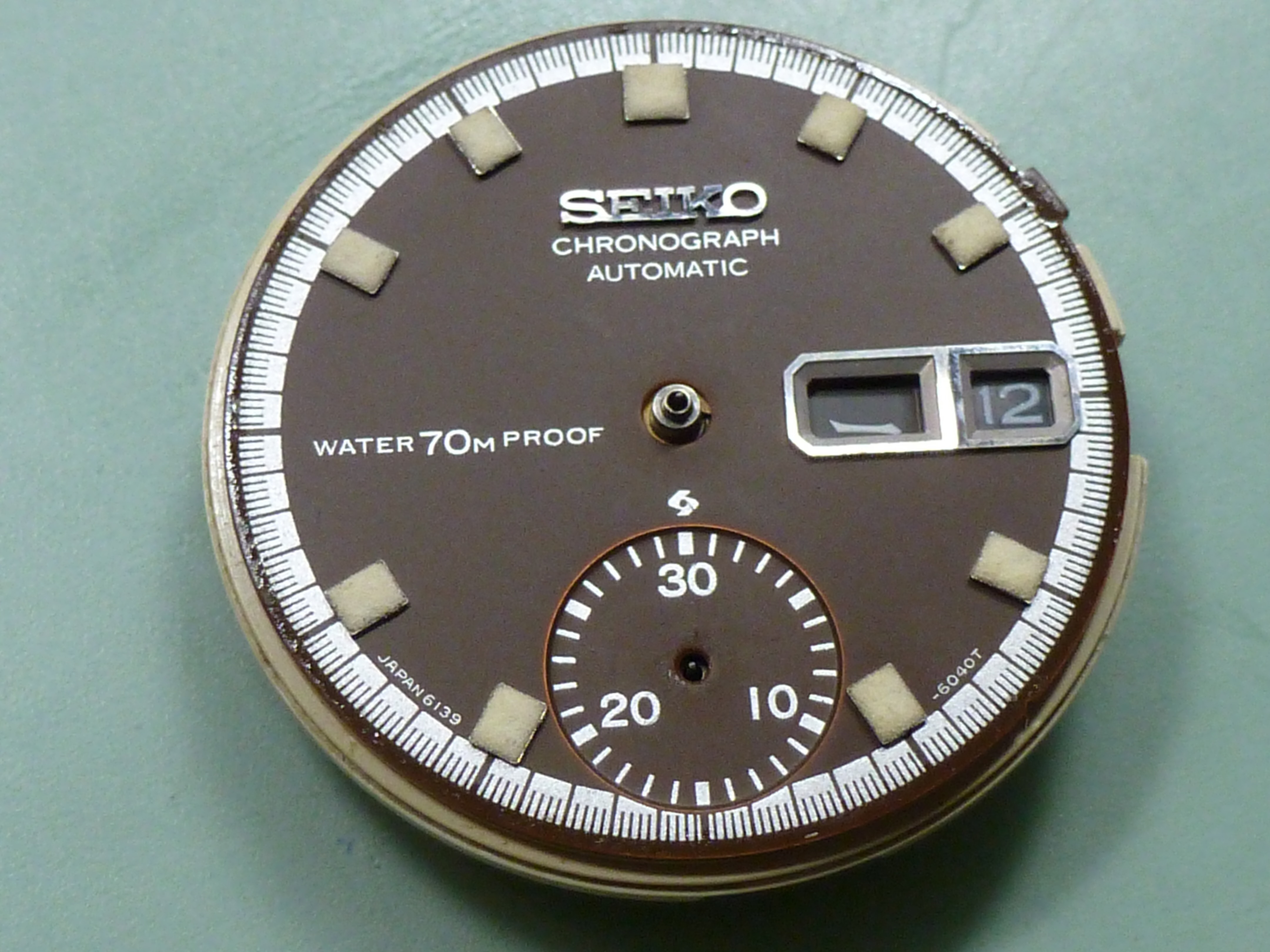 This one has a slight “halo” around the sub-dial, in a reddish colour. Apart from that, it’s in really good shape, especially having been to see my favourite Seiko watchmaker… 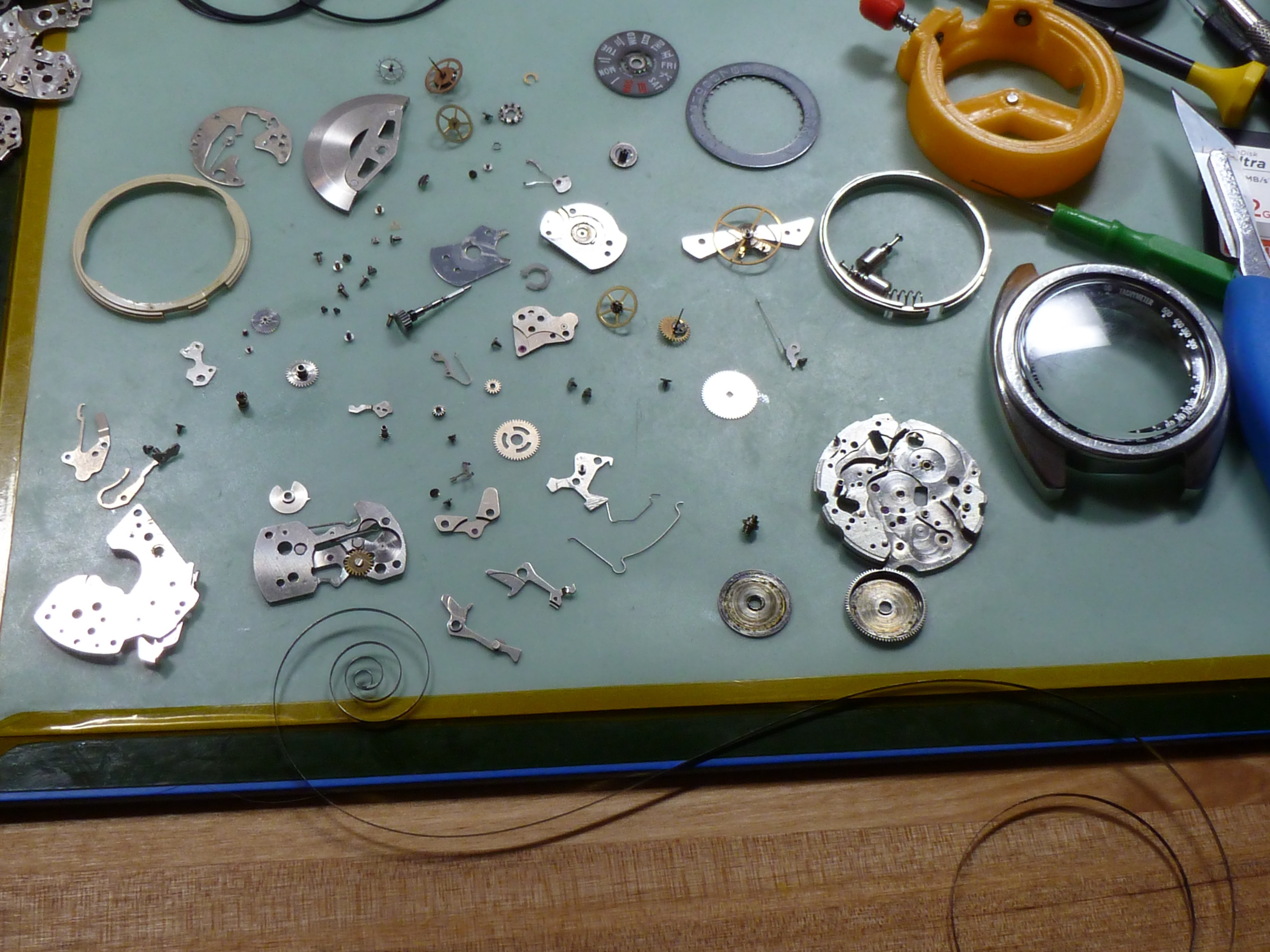 It came to me as part of a job lot in an auction, with no bracelet – I’ve since located an unworn example to complete the look.